'Living and breathing' mini cities: The changing face of the humble warehouse 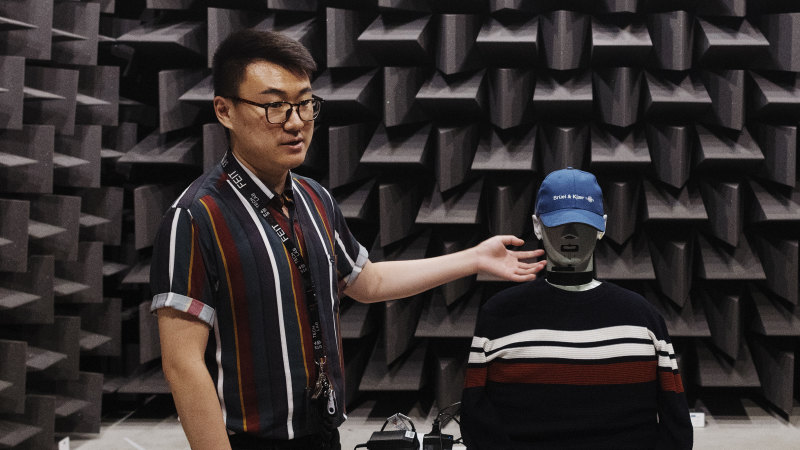 In an industrial business park tucked away in Mascot near Sydney airport, is a place that every teenager would love to pay homage to.

It is called the Hemi Anechoic Room, and is designed to "completely absorb reflections of either sound or electromagnetic waves".  To the lay person, it helps in the manufacture and improvement of noise-cancelling head phones, the must-have accessory when being told to clean one's room. 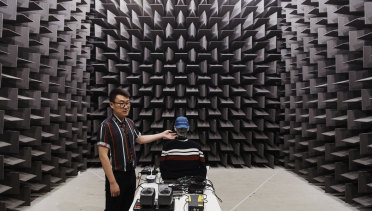 The small space is covered completely in pyramid-shaped sound absorbing foam and is just one of the many testing areas in the new UTS Tech Lab that is run out of an off-site campus-style warehouse.

It is these new and varied business operations within a warehouse that is making the once-humble shed a must-have for property landlords.

Chicago-based Rich Thompson, who leads the global Supply Chain & Logistics Solutions team at real estate services group JLL, said selecting a distribution centre site selection and the design of the building was not always so complicated.

"(It used to be) Put down a concrete slab, tilt up four walls, throw in some racking and hire some people to start moving boxes in and out. Simple, right?" Mr Thompson said.

"But not today. The world of supply chain management has changed significantly with the rapid advances of both e-commerce and technology. This in turn is impacting the way companies look at their distribution networks, as well as industrial building design."

At the Sydney UTS facility, tertiary students who are looking to help change the world with new inventions – who in the past would be stuck in the basement of a high-rise office tower – can roam free and have space to spread out with the latest technology at their fingertips and then discuss it at lunch together in a state-of-the-art breakout space.

Within a small room onsite the team from the Photonics department, including 9iPL, University of NSW (UNSW) and the UTS Tech Lab, achieved a world first of making optical fibre from a 3D printer.

Mark Cuddy, the head of listed property group Dexus' industrial portfolio, said the UTS tech lab is a working model of how the simple warehouse of the past that just had stacked pallets and racks from the floor to the ceiling has transformed into a "living and breathing" mini city. 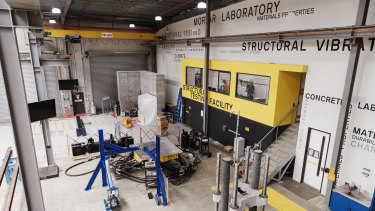 In the UTS tech lab, there is a “shake table” to test, not just how a building would withstand an earthquake, but also for seat turbulence in cars.Credit:James Brickwood

"UTS has demonstrated a first mover strategy with their new hi-tech lab in Botany, thinking beyond the shed and reinforcing the diversity and capability of uses that can be incorporated into what is simply a warehouse at the end of the day," Mr Cuddy said.

Mr Cuddy added that traditionally, the tertiary education sector has conducted research and development, medical and engineering orientated faculties and learning environments within traditional office buildings such as UTS previously did at Ultimo.

The UTS lab covers six floors and includes a "shake table" to test, in part, how a building would withstand an earthquake. Additionally, as well as the acoustics lab, there is a Structural Testing Facility which includes Australia’s strongest floor structure and NSW’s only reaction wall, which are used to test simulated weight load.

Mr Cuddy said equipped with advanced systems and a range of cameras, "the lab set up allows research for video-based applications and projects including human action recognition, detection and counting of people, human re-identification and human gait recognition".

There is even an algae-growing machine that glows in the dark and is run 24/7 by robots.

A far cry from shelves stacked with pallets

Mr Thompson said the rapid advances of both e-commerce and technology is impacting the way companies look at their distribution networks, as well as industrial building design.

(It used to be) Put down a concrete slab, tilt up four walls, throw in some racking and hire some people to start moving boxes in and out. Simple, right? But not today.

“As the major developing economies of the world become more urban, the requirements from these countries’ consumers begins to change – in particular, the demand for food, which is increasingly being met by trade,” she said.

Ms J-Baleh said high-consumption and non-discretionary spending in the grocery sector would continue to push the need for industrial floor space, especially as the emphasis from both consumers and suppliers shifted to online supermarket shopping.

"The combined food and grocery sectors of Australia’s online shopping spend – now topping $173 billion per year – is projected to rise 12 per cent annually over the next five years," she said.

"Demand pressures for industrial space will be felt by transport, logistics and retail sector users, especially for cold storage facilities and purpose-built warehousing."

To cater to the demand for these "living cities" where supply is tight, tenants are opting for a co-sharing model.

"Co-warehousing also referred to as the warehouse marketplace, on-demand or digital warehouse, is driven by the promise of ultra-flexible on-demand engagements between entities in need of storage and fulfillment capability in strategic locations where parties have space and resources available service operations," Ms Velez said. 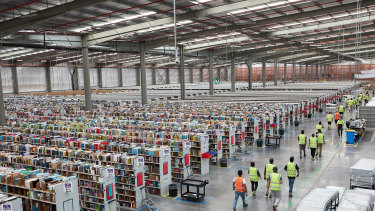 "This concept is not limited to filling empty sheds; it extends to storage, receiving, fulfilment, inventory management and value-add services."

Luke Crawford, associate director of industrial research at Colliers International, believes continued growth in online retail will help underpin the co-warehousing phenomenon in Australia, spurred on by the need for industrial occupiers to service their last mile logistics function.

"While online retail has grown at a rapid rate in Australia, it remains well under the US and UK markets where it is as high as 20 per cent highlighting the growth potential in Australia,," Mr Crawford said.

"Coupled with fluctuating demand levels, this will result in businesses looking outside the box to meet their space and operational requirements."

Email ThisBlogThis!Share to TwitterShare to FacebookShare to Pinterest
Labels: &#039;Living, and, breathing&#03