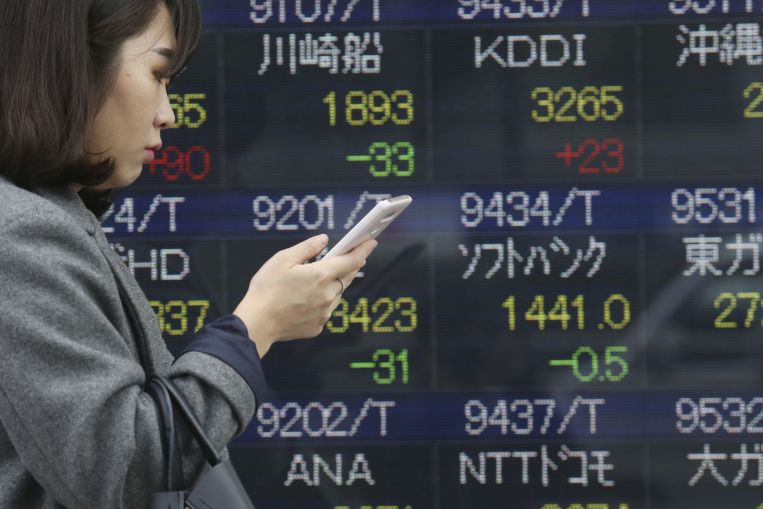 TOKYO (BLOOMBERG) – Asian stocks began a Christmas Eve session in muted fashion on Tuesday (Dec 24), with trading diminishing at the end of a year that took a global benchmark to successive record highs.

After a becalmed Monday on Wall Street, Japanese and Australian equities were little changed. United States futures were also flat after the S&P 500 closed higher for the eighth time in nine sessions. Treasuries and the US dollar were little changed. Oil remains above US$60 a barrel in New York.

Ten-year Treasury yields are around 1.93 per cent, 16 basis points higher than where they started the month. Meantime, the US dollar heads for only its fourth monthly decline of the year, while the pound is nursing losses after its worst week in more than two years amid Brexit fears.

These are the main moves in markets:

The yield on 10-year Treasuries was little changed at 1.93 per cent.

– West Texas Intermediate crude was little changed at US$60.58 a barrel.

Email ThisBlogThis!Share to TwitterShare to FacebookShare to Pinterest
Labels: Asia, flat, stocks, trade, With, wo