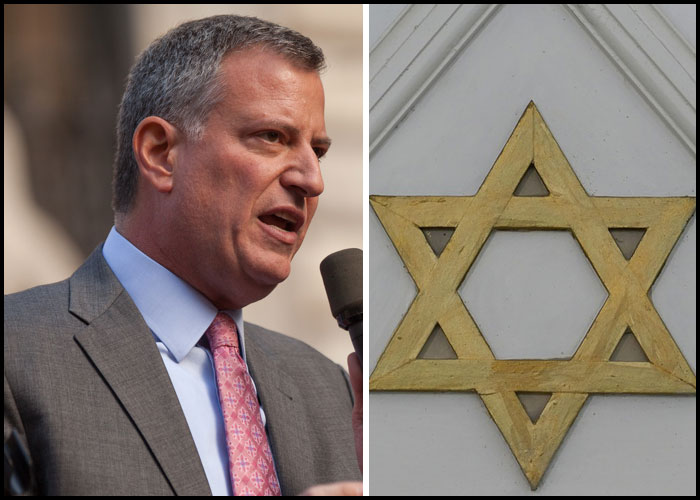 New York City Mayor Bill de Blasio announced groundbreaking crime prevention measures to combat hate and anti-Semitism in the wake of a mass stabbing incident targeting Jews in the city in the weekend.

The knife-wielding attacker burst into the house of a rabbi’s house in Monsey, north of New York City, during a Hanukkah celebration on Saturday. Five people, including the rabbi’s son, were injured in the knife attack.

“We as New Yorkers have the ability to stop the hatred. We’ve done it before — and in solidarity with our beloved Jewish brothers and sisters, we will do it again,” De Blasio said on Twitter after the attack.

“What we’re seeing is a growth of anti-Semitism in this country that is profoundly dangerous”, he told Fox News in an interview.

New York Governor Andrew Cuomo said he considers this as an act of domestic terrorism.

The Neighborhood Safety Coalitions will have physical presences in the community with neighborhood safety walks and corner watches.

The coalitions will meet Jewish community members where they are — in schools, on street corners, in religious institutions — to be a regular presence to deter acts of hate.

The NYPD will increase resources and patrols to precincts in Borough Park, Midwood, Crown Heights, Bedford-Stuyvesant and Williamsburg. Each precinct will have an additional 4 to 6 officers per tour.

In addition to an increased NYPD presence at houses of worship and during local events, six new light towers will be posted in Borough Park and additional security cameras will be installed throughout these neighborhoods.

The NYPD has established a new unit to focus on racially and ethnically motivated extremism to find where these groups are and stop them before they can act.

Citywide, the DOE will distribute resources to facilitate important conversations in the classroom in January. The annual Respect for All week in February will focus on preventing and addressing hate crimes.

Source: Read Full Article
Posted by BestNewsMedia at 7:50 AM