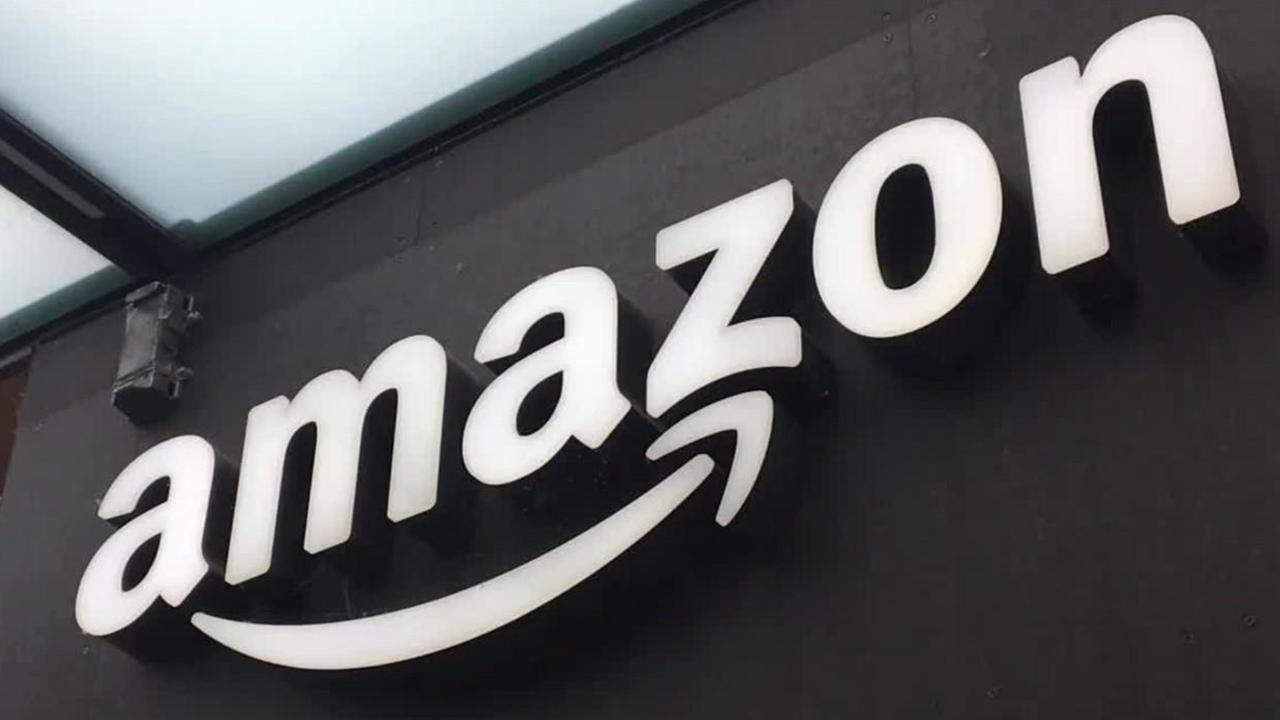 Amazon takes aim at fake listings; Lay’s hopes its new chips are music to your mouth

Amazon is expected to get more transparent about counterfeit products sold by third-party sellers on its platform, a person familiar with the company's initiative said.

Some luxury brands like Swatch have either backed out of plans to sell on Amazon or had no intention of selling goods on Amazon in the first place due to the tech giant's counterfeit problem, which has expanded in relation to an increase in third-party Chinese sellers on its platform as the company faces competition from the likes of Alibaba and eBay.

While eBay's counterfeit problem appears to be more serious, according to numbers compiled by The Counterfeit Report, Amazon is significantly more popular in terms of market size and its impact on the American public. The tech giant, therefore, has come under heavier scrutiny than other sites that work with third-party sellers for its counterfeit problem. 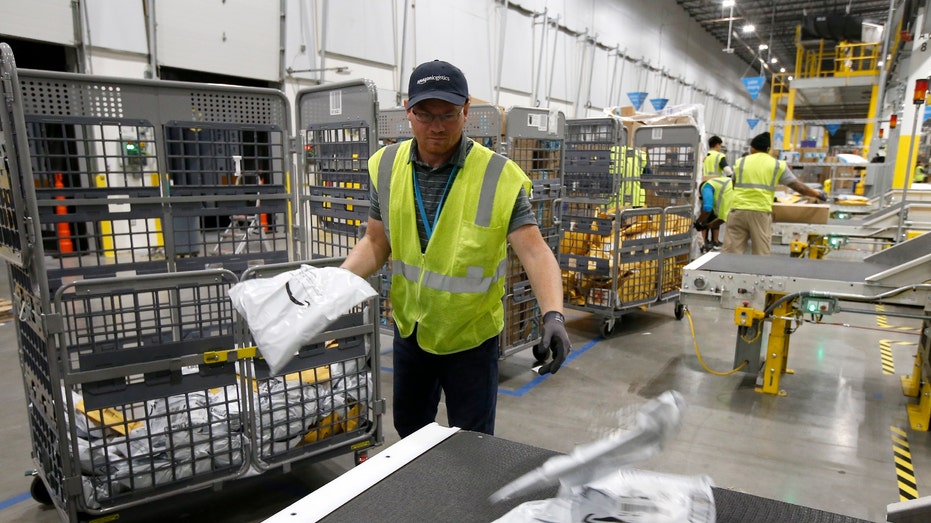 Steven Smith places packages onto a conveyor prior to Amazon robots transporting packages to chutes that are organized by zip code, at an Amazon warehouse facility in Goodyear, Ariz. (AP Photo/Ross D. Franklin)

"Our customers expect that when they make a purchase through Amazon’s store — either directly from Amazon or from one of its millions of third-party sellers — they will receive authentic products," an Amazon spokesperson told FOX Business in a statement. "Amazon strictly prohibits the sale of counterfeit products and we invest heavily in both funds and company energy to ensure our policy is followed."

"We investigate any claim of counterfeit thoroughly, including removing the item, permanently removing the bad actor, pursuing legal action or working with law enforcement as appropriate," the spokesperson said, adding that "over 99.9% of all Amazon page views by our customers landed on pages that did not receive a notice of potential counterfeit infringement." 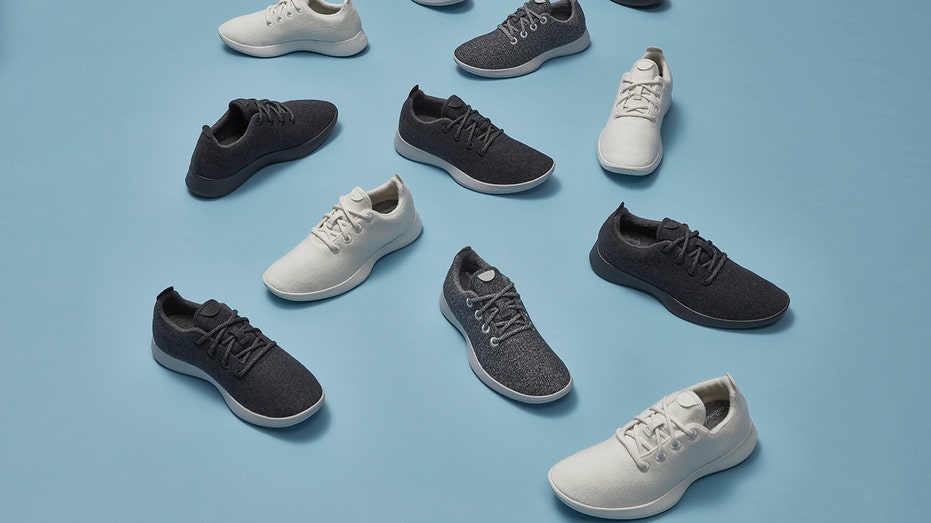 While the percentage of counterfeit items sold on Amazon is small, a study by review tracker Channel Signal notes that "a half percent of 200,000 reviews is 1,000 reviews about fake product that consumers are reading," which is still a huge number that puts sellers and consumers at risk. Examples of brands that have been subject to counterfeit sellers include:

A number of other fake name-brand items can be seen on The Counterfeit Report.

Automotive company Daimler AG, which owns Mercedes, sued Amazon directly for selling counterfeit auto parts in October 2017. Williams-Sanoma sued the tech giant in 2018 for selling a furniture line with products that were "strikingly similar" to Williams-Sonoma's West Elm brand. A number of families and companies have sued Amazon for selling problematic hoverboards that have caused an estimated $2.3 million in damage, according to a December report.

FTC TO CRACK DOWN ON FAKE AMAZON REVIEWS

That's why Amazon has been holding meetings with government officials in recent weeks to tackle the problem, the source familiar with the program told Reuters in a report published Monday. 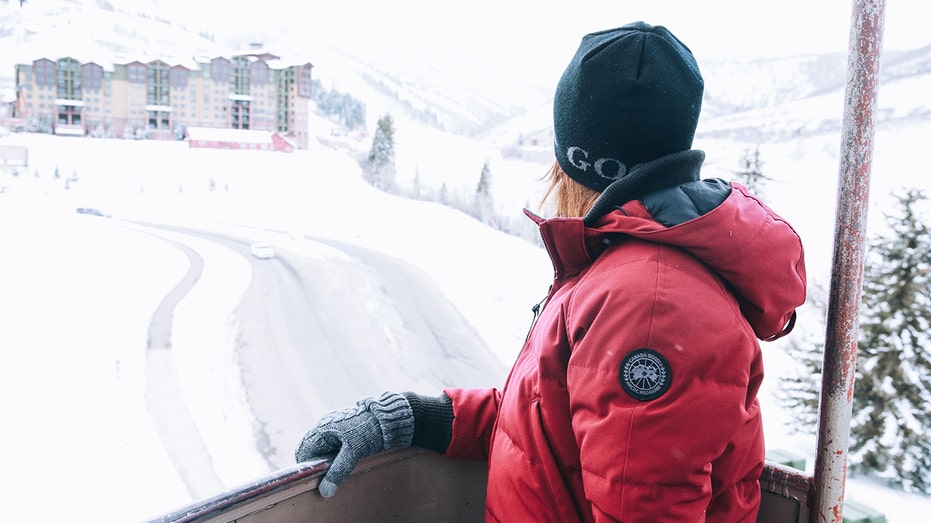 A festivalgoer wears Canada Goose while riding the ski lift at Canyons during the 2018 Sundance Film Festival on Jan. 22, 2018, in Park City, Utah. (Rich Fury/Getty Images for Canada Goose)

The tech giant launched Project Zero in the U.S. in February 2019 in an effort to identify counterfeit products and stop the sellers from profiting off sales of goods with fake labels instead of leaving consumers to the task.

"Project Zero … empowers brands to help us drive counterfeit to zero by combining Amazon’s machine learning technology with the unique knowledge brands have of their own intellectual property," Amazon told FOX Business in a statement. "Using the self-service counterfeit removal tool in Project Zero, brands can instantly remove counterfeit from our store and this information is fed into our automated protections so we can more effectively prevent counterfeit listings in the future."

Amazon also launched its Intellectual Property (IP) Accelerator program in October, which offers sellers an efficient way to obtain IP rights and brand protection. Additionally, the company started another program to combat counterfeit products called the Utility Patent Neutral Evaluation Process, which will connect two sellers offering the same products — one patented and one counterfeit — and a third-party lawyer to solve the issue. 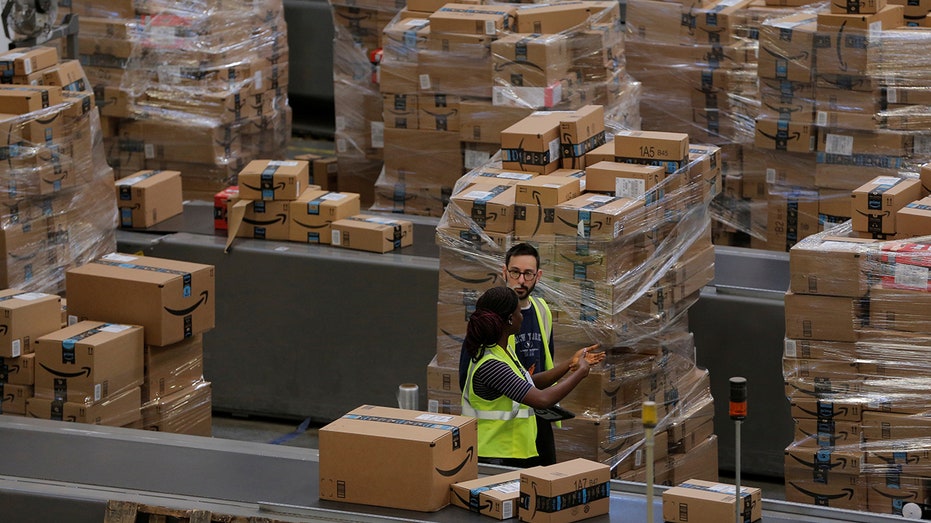 Workers walk past boxes to be shipped inside of an Amazon fulfillment center in Robbinsville, New Jersey, Nov. 27, 2017. (REUTERS/Lucas Jackson)

Additionally, Amazon's Transparency program "is an item-level tracing service where brands serialize each unit they manufacture with a unique code. Amazon then scans these codes and verifies the authenticity of the product before it reaches a customer. Customers can also scan the Transparency code via a mobile app to confirm authenticity and learn more about the product, such as usage instructions, ingredients, and expiration date," a spokesperson said in a statement.

A number of brands including Nite Ize, Vera Bradley and Otterbox have also partnered with Amazon in successful lawsuits against sellers that sell counterfeit products.

To identify fake products, look out for prices that seem too low (for example, a pair of real Adidas sneakers likely won't sell for $20) and compare prices on Amazon to prices on brand websites; look at the name of the seller; and read reviews from other customers. Be skeptical of requests from a third-party seller to contact them before purchase, blurry or small photos of the product and sellers trying to convince consumers to click on a link outside Amazon.

Source: Read Full Article
Posted by BestNewsMedia at 11:14 AM

Email ThisBlogThis!Share to TwitterShare to FacebookShare to Pinterest
Labels: 17, Amazo, brand-name, of, victims