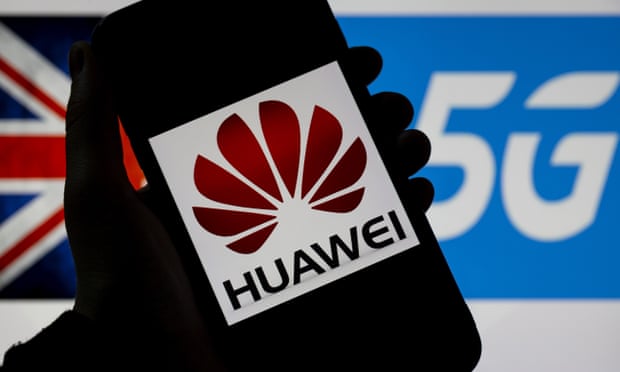 The Chinese state-owned tech firm Huawei has been designated a “high-risk vendor” but will be given the opportunity to build non-core elements of Britain’s 5G network, the government has announced.

The company will be banned from the “core”, of the 5G network, and from operating at sensitive sites such as nuclear and military facilities, and its share of the market will be capped at 35%.

“We are clear-eyed about the challenge posed by Huawei, which we today confirm is a high-risk vendor,” said a Whitehall source.

But the source insisted a “market failure” meant there was little alternative in the short term.

Why is Huawei controversial?

Huawei is a Chinese telecoms company founded in 1987. Officials in Washington believe the company poses a security risk because the Chinese government will make the firm engineer backdoors in its technology, through which information could be accessed by Beijing. Donald Trump has banned US companies from sharing technology with Huawei and has been putting pressure on other nations to follow his lead.

The UK has accepted there is some risk in working with Huawei, but security services do not believe it to be unmanageable. The UK government has agreed in principle to allow Huawei to be involved in building “non-core” parts of the UK’s 5G network. With a final decision expected within weeks, the head of MI5 had recently said he was confident the US-UK intelligence-sharing relationship would not be affected if London gave Huawei the nod.

Poland’s internal affairs minister, Joachim Brudziński, has called for the European Union and Nato to work on a joint position over whether to exclude Huawei from their markets, after an Huawei employee was arrested on spying charges.

Much of the doubt surrounding Huawei stems from founder Ren Zhengfei’s background in China’s People’s Liberation Army between 1974 and 1983, where he was an engineer. His daughter, Huawei’s senior executive Meng Wanzhou, was arrested in Canada in December 2018 over allegations of Iran-sanctions violations.

Huawei insists it has never been asked to build any backdoor into its technology by the Chinese government and has offered to sign a “no spy agreement” with countries adopting it. The trade rivalry between the US and China has intensified in recent years and the firm believes the White House is simply using it as a weapon in that larger fight.

Officials feared banning the provider could have delayed 5G rollout by two to three years, increased the cost to consumers – and dented economic growth.

“Our world-leading cyber-security experts know more about Huawei than any country in the world – and they are satisfied that with our tough approach and regulatory regime, any risks can be managed,” the Whitehall source insisted.

The 35% cap will be applied to the 5G and full-fibre network – and telecoms providers will be given three years to ensure they comply, by ensuring they are not too dependent on Huawei.

The government insists the decision does not affect the sharing of sensitive data with allies.

And its aim is to work towards more diversification in the market. The 35% market cap will be enshrined in legislation and enforced by the regulator Ofcom.

The decision was made at a meeting of the national security committee, which includes key ministers and intelligence officials, on Tuesday morning.

Johnson is likely to face a fierce backlash from the US, which has blocked the involvement of Huawei in its networks and encouraged its allies to follow suit.

The prime minister will meet Trump’s Secretary of State Mike Pompeo on Thursday, and is expected to stress the government’s determination to work with the US and other allies to support diversification in the market.

The decision comes at a critical moment in the relationship with Trump’s White House, as Johnson prepares to press for a post-Brexit trade deal.

The government has already irritated Washington by pressing ahead with plans to implement a digital sales tax on global internet giants.

Johnson will also face criticism from Conservative backbenchers concerned about the security risks.

Tom Tugendhat, who hopes to retain his seat as chair of the crossbench foreign affairs committee, said on Monday that choosing Huawei would “nest a dragon” into the heart of the UK’s “critical national infrastructure”.

But officials are convinced they can manage the risks – and believe the best way to dilute Chinese dominance of the sector is to work on developing the next generation of technology, rather than impose a ban on an individual firm.

Huawei’s potential role has been controversial for months.

Theresa May’s cabinet clashed over the issue, with Gavin Williamson sacked as defence secretary, after allegedly leaking details of discussions at the national security council to the Daily Telegraph.

Culture secretary Lady Morgan, who will confirm the decision in a statement to the House of Lords said: “This is a UK-specific solution for UK-specific reasons and the decision deals with the challenges we face right now.

“It not only paves the way for secure and resilient networks, with our sovereignty over data protected, but it also builds on our strategy to develop a diversity of suppliers.”

Source: Read Full Article
Posted by BestNewsMedia at 5:12 AM