Business leaders see the light of 'moral capitalism' at Davos 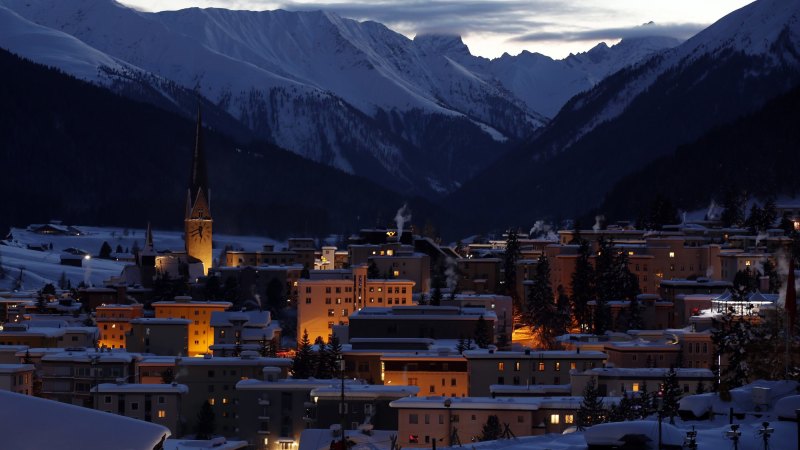 There is a tendency, probably with good reason, to be cynical about the sight of a conga line of plutocrats lining up in a Swiss ski resort to espouse the virtues of "green finance" and proclaim their commitment to progressive environmental, social and governance agendas.

The theme of the World Economic Forum at Davos that got underway on Tuesday is "stakeholder capitalism," with a particular focus on climate change and how big business is responding to it. 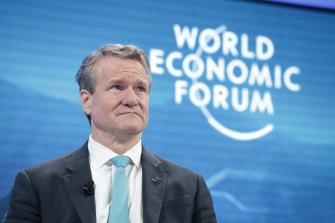 Bank of America chief Brian Moynihan says his investors are telling the bank to invest in companies ‘doing right by society’.Credit:Bloomberg

While it is right to be cynical of the apparent abrupt conversion of former followers of Milton Friedman – who in an article in The New York Times in 1970 argued "companies must obey the law but, beyond that, their job is to make money for shareholders," – to what Bank of America chief executive Brian Moynihan has termed "moral capitalism", there is a compelling reason why that cynicism actually supports the substance of the conversion.

If the starting point is that businesses and their senior executives act in their own self-interest and are in the business of making as much money, for themselves and their shareholders, as they can, then the embracing of sustainable investment agendas is helps protect their licences to operate, maximise their companies’ profitability and value and enhances their own net worth.

BofA’s Moynihan, who’s in Davos, said the bank’s investors were telling it to invest in companies "doing right by society". The bank plans to invest $US300 billion ($439 billion) in sustainable business projects over the next decade.

Ahead of the conference, in his annual letter to CEOs, BlackRock’s Larry Fink caused a stir by writing that climate change had become a defining factor in companies’ long-term prospects and that he believed the world was on the edge of a fundamental reshaping of finance, with a significant re-allocation of capital to occur in the near future. 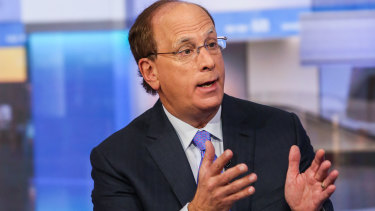 If Fink is right and there is a fundamental reshaping of finance underway, then capital will flow towards those companies with sustainable and moral business models and away from those with a narrower and more traditional profit-maximising vision.

There are more than enough investors, customers and governments that are committed to responding to climate change that it has become just good business to protect the long-term sustainability of companies – and their competitive access to capital – by prioritising the broader sustainability issues those stakeholders are concerned about.

There could be a lot of shareholder value to be created, or lost, if the shifts in community expectations of business, and the flows of capital, are permanent.

With traditional market capitalism under attack from the emergence of aggressive populism, nationalism and protectionism in the post-financial crisis era, there has been a general distrust of big business and its traditional focus on near-term profitability.

There are real risks for businesses and shareholders from climate change and what might be called amoral capitalism.

The Bank for International Settlements has talked about the potential for climate change to generate “green swan” events that could cause the next systemic financial crisis.

One only has to consider the condition of the four major banks in the Australian market and the consequences of their misconduct in their efforts to maximise profitability, to see the consequences for the corporate hierarchy and shareholders.

The llenders have been hit with massive costs, more intrusive and aggressive regulation, increased corporate and individual liabilities and the evictions of former senior executives and directors.

Coal miners would be very aware that, at the very least, the pool of investors – the demand for their shares – is going to shrink as the focus on responses to global warming and climate change intensify.

The sudden burnishing of big businesses’ environmental, social and governance (ESG) credentials at Davos might have an element of "greenwashing" but it is also a pragmatic and self-interested recognition that the nature of the capitalism acceptable to communities is evolving inexorably.

If the corporate heavyweights at Davos want their companies to survive and prosper and to continue to collect the big bucks, their understanding of the range of stakeholders and priorities they serve will have to evolve too. It seems like it is.