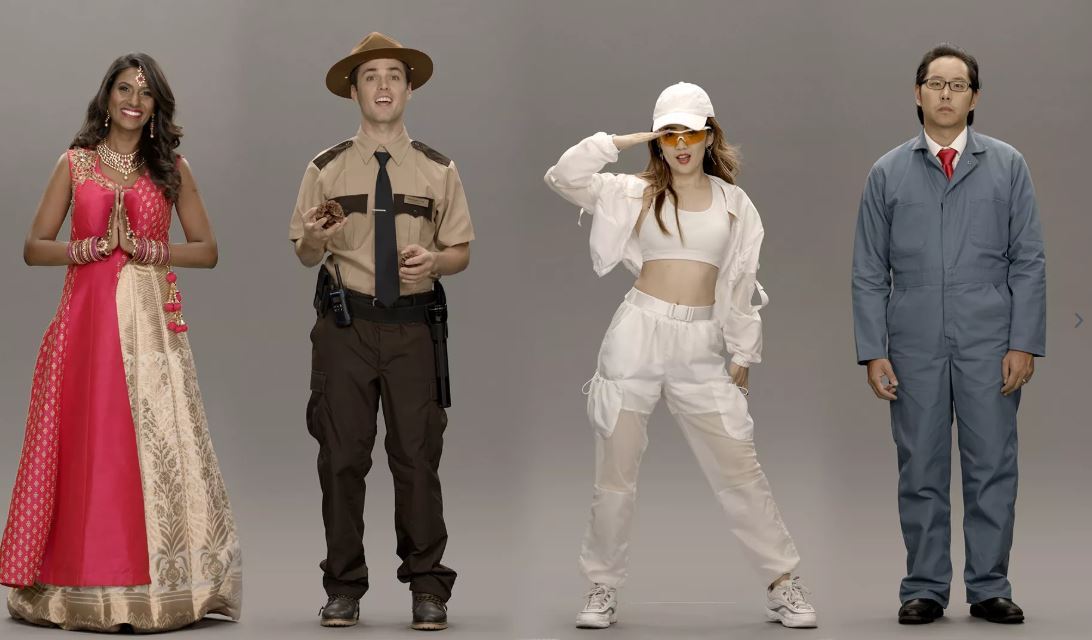 HUMANOID artificially intelligent chatbots have been revealed by Samsung as the product of its new Neon project.

The chatbots look like eerily realistic people and apparently aren't intended to replace us but "to make us more human." 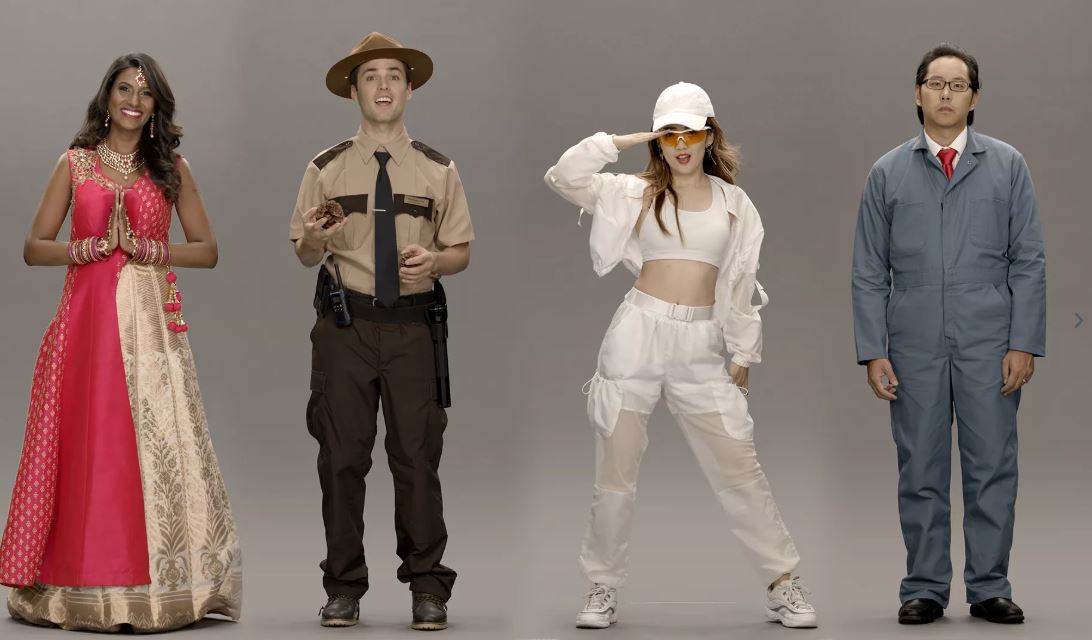 Neon is a mysterious company that has emerged from the Samsung Technology and Advanced Research Labs (STAR Labs).

It has described its tech, which is also called Neon, as "a computationally created virtual being that looks and behaves like a real human, with the ability to show emotions and intelligence."

President and CEO of Samsung STAR Labs Pranav Mistry has been helping to tease Neon for a while and Samsung fans have been trying to guess what it may be about. 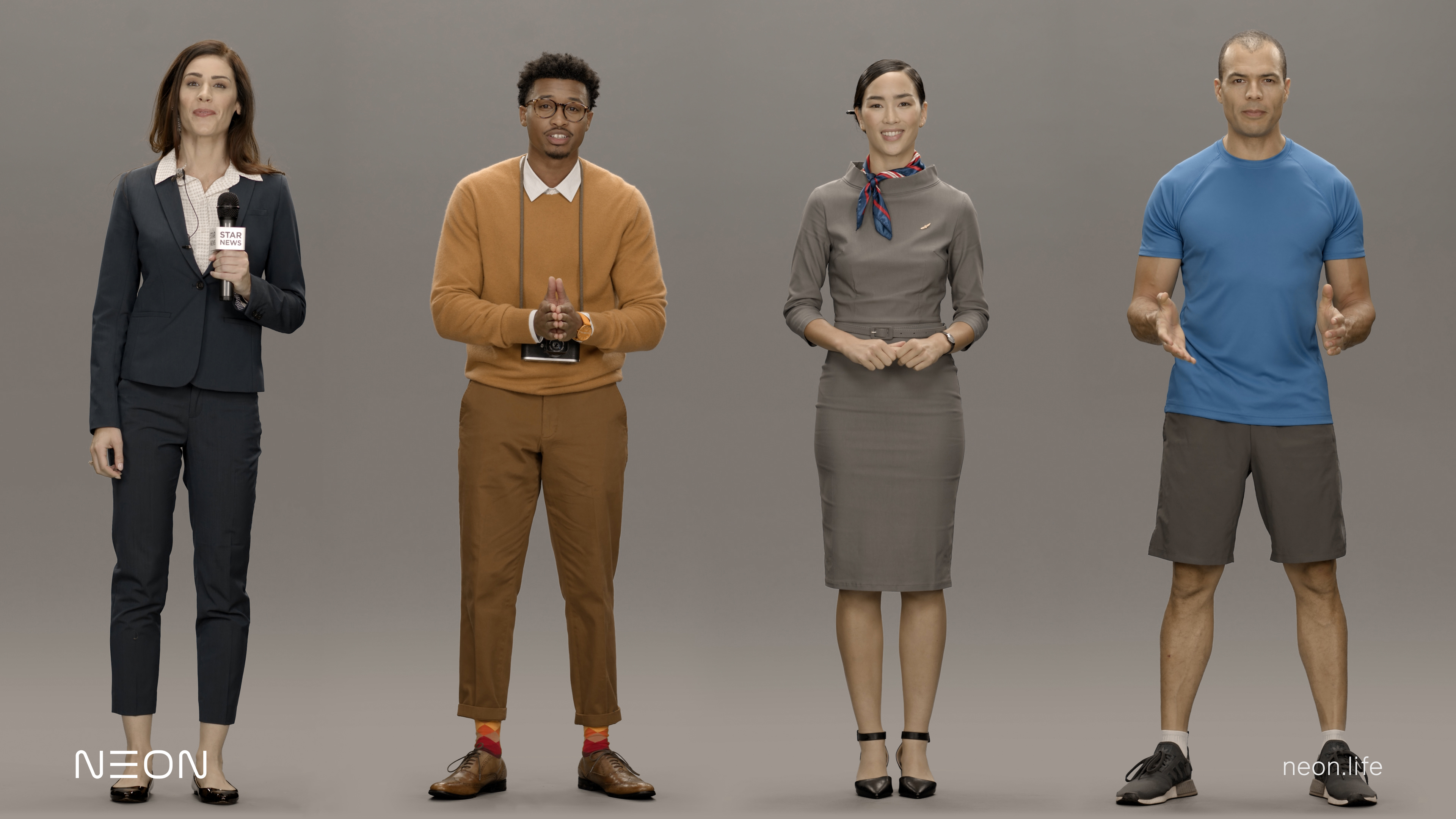 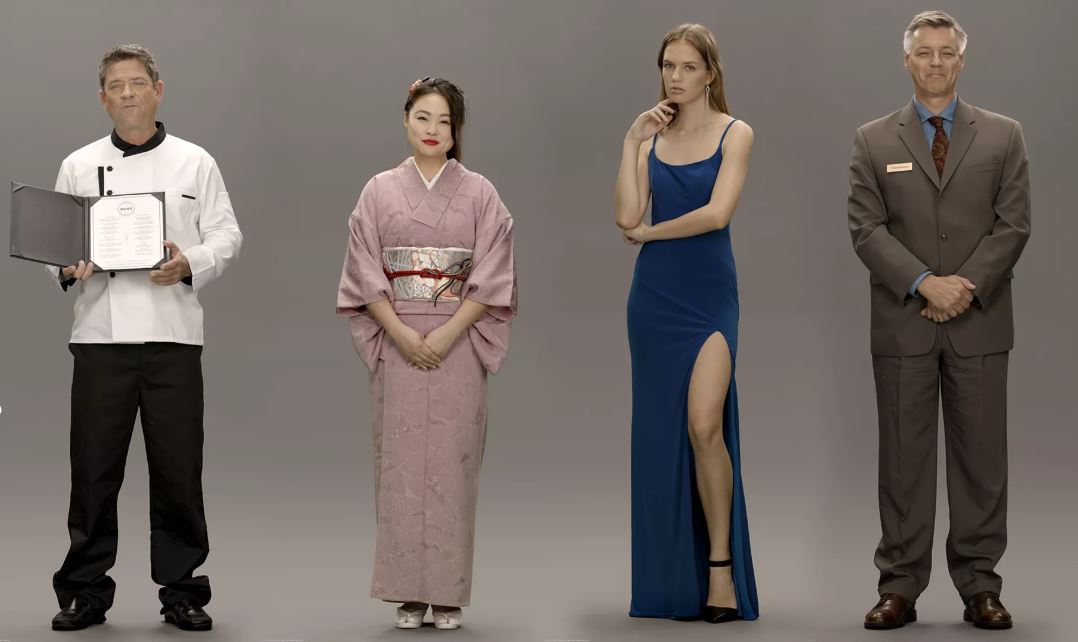 Basically, Neon has created video chatbots that look and act like real people.

They are said to have the ability to show emotions and intelligence.

Pranav Mistry has been demonstrating how they work at the CES 2020 tech show in Las Vegas.

He said: "Neon is like a new kind of life.

"There are millions of species on our planet and we hope to add one more.

"In the near future, one will be able to license or subscribe to a Neon as a service representative, a financial adviser, a healthcare provider, or a concierge.

"Over time, Neons will work as TV anchors, spokespeople, or movie actors; or they can simply be companions and friends." 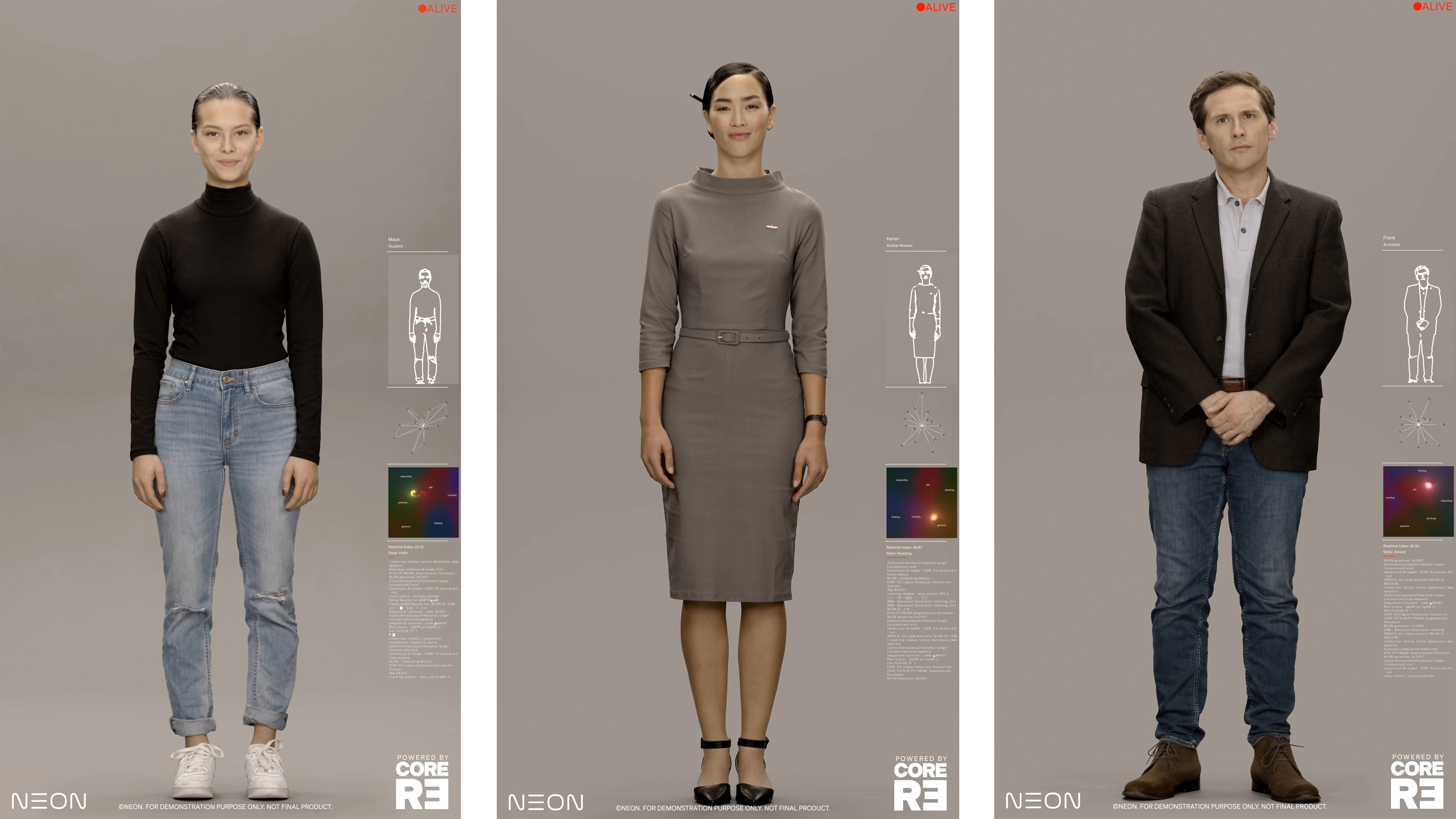 Neon has been stressing that the bots are more similar to humans than an artificial assistant such as Siri because they don't know everything.

It added: "Neons are more like us, an independent but virtual living being, who can show emotions and learn from experiences.

"Unlike AI assistants, Neons do not know it all, and they are not an interface to the internet to ask for weather updates or to play your favourite music." 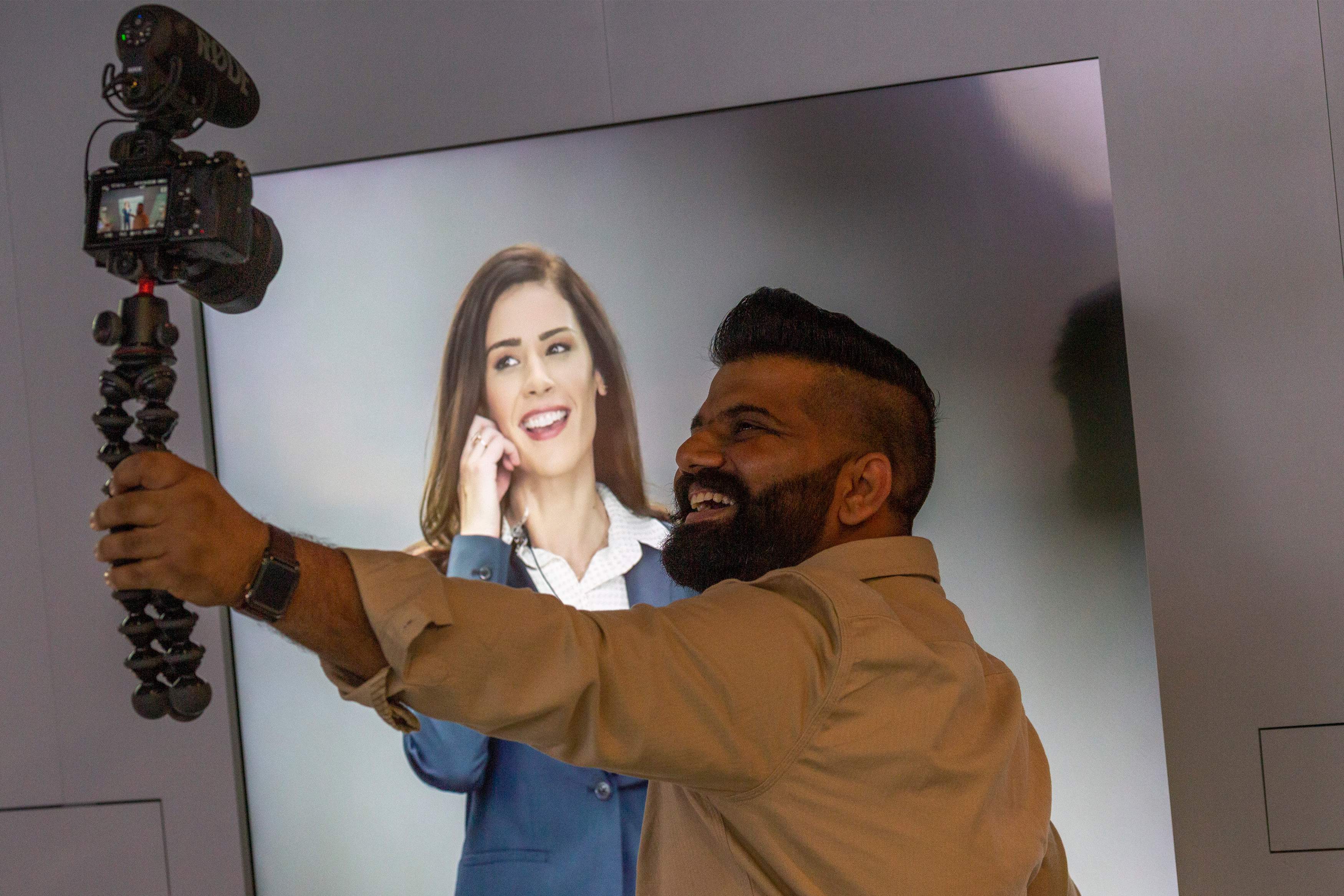 While Neon is funded by Samsung and is part of the the company's STAR Labs, its artificial humans are not a Samsung product so they are unlikely to replace Bixby or be connecting with any of your Samsung devices.

For now the chatbot technology is being shown on screens at CES but the company won't be previewing how the technology works until an event called Neonworld 2020 later this year.

Neon hasn't said when or where this event will take place.

The tech does seem pretty cool but it's not surprising concerns are being raised about its potential to create deepfakes, or videos of real people looking like they're saying or doing something they didn't.

Other people are associating the Neons with the "uncanny valley" concept.

Uncanny valley is a hypothesised relationship between how much an object resembles a human and the emotional response it causes.

This concept is thought to be why some people don't like looking at robot humans that look realistic or even animated humans in films like the Polar Express.

Mistry said: "We have always dreamed of such virtual beings in science fictions and movies.

"Neons will integrate with our world and serve as new links to a better future, a world where 'humans are humans' and 'machines are humane."

What is artificial intelligence?

In other CES news, the world's first folding PC has been unveiled by Chinese tech giant Lenovo.

Sony revealed the logo of the upcoming PlayStation 5during its CES 2020 press conference.

And, here are the weirdest gadgets unveiled at the bonkers Las Vegas tech show.

What do you make of the 'artificial human' chatbots? Let us know in the comments…

Source: Read Full Article
Posted by BestNewsMedia at 8:31 AM