Hudson Yards haters have lost their minds — over a fake wall 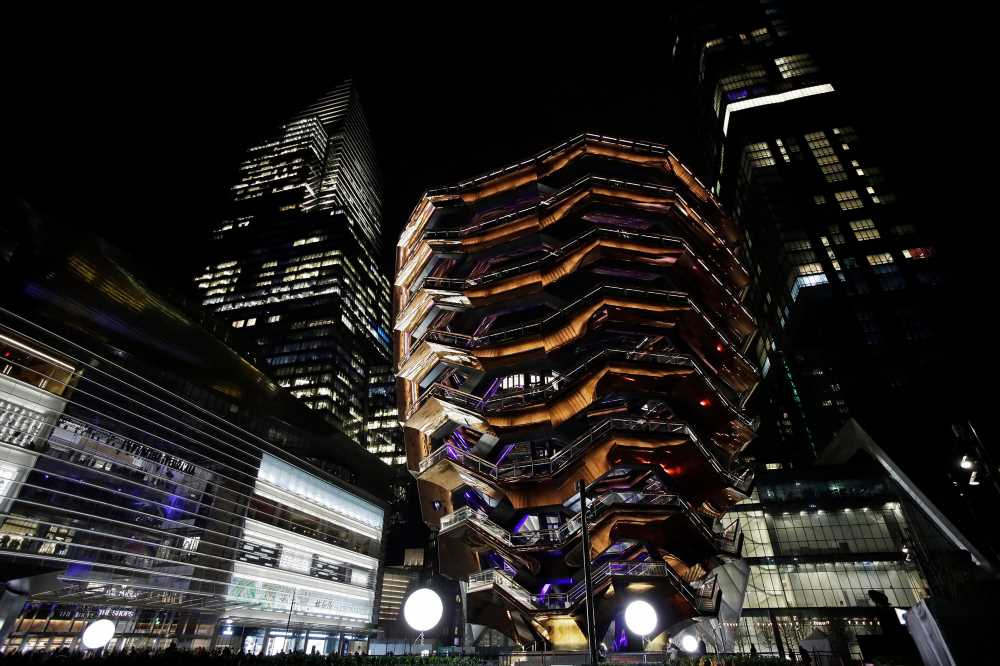 Absent any sensible reason to condemn Hudson Yards, the vast project’s innumerable detractors came up with a laughably hypothetical one this past week. The idea was that the developer, Related, might one day build a 700-foot-long, 2-story-high wall along its westernmost edge that would separate the complex’s yet-to-be-built second portion facing the Hudson River from the elevated High Line Park.

The notion emerged during a conversation among officials of Related and the High Line and was leaked to The New York Times and to public officials who detest everything about Hudson Yards, from developer Stephen Ross to the french fries at the Thomas Keller TAK Room. Photos of a model surfaced on Saturday which indeed included a wall.

But, in fact, there was never the remotest chance of the monstrosity being built. Hudson Yards raised it as a strictly theoretical solution to the challenge of constructing another set of buildings and parkland above an active rail yard in its second phase. Developers come up with such preliminary “what if” contingencies all the time even for a single building, to say nothing of a 27-acre, $28 million mega-complex.

The Yards’ second half (between Eleventh and Twelfth avenues) isn’t even designed beyond the rough-concept stage. Related can’t build a square inch of it — nor even start work on the platform — until a million issues are worked out with the LIRR, the MTA and other agencies, which could take years.

That didn’t stop influential Times architecture critic Michael Kimmelman from inveighing against it. “Hudson Yards Promised a Park. They Didn’t Mention a Giant Wall,” the headline growled. The wall, he wrote, would make the whole complex a “quasi-gated community” and a “wealthy, exclusive enclave.”

When Related promptly said it had no intention of building a wall, state Sen. Brad Hoylman cheered that Related was “backing down from their plan to build a 20-foot-high concrete wall that would have cut off the High Line from new open space.” Other politicians including Manhattan Borough President Gale Brewer and Council Speaker Corey Johnson expressed similar sentiments.

The wall was mooted as a way to raise the western Yards’ platform surface to fit a parking garage beneath it. Although obviously untenable, it served to focus progressives’ free-floating rage on a project that has no legitimate reason to be hated. Hudson Yards didn’t level charming old buildings or drive out poor people. No neighborhood was “gentrified” — the whole thing’s on top of a railroad yard from where, as far as is known, no hobos were evicted.

So what’s to hate? Ah, “exclusivity.”

Brewer ripped Hudson Yards as “elitist” and unwelcoming to people of color. Never mind that its extensive public amenities and open parkland are freely open to all. Its giant shopping mall offers Shake Shack and other cheap places to eat in addition to fancy restaurants, and such “elitist” shops as H&M along with Cartier.

Why would Related want to harm the High Line, which it has done so much to support? It moved heaven and earth to design the complex so that its public plaza would merge seamlessly with the park at West 30th Street. It provided more than $29 million for the construction of the park’s new Spur segment. Related pumps in over $800,000 a year to help fund the park’s operations and has raised significant additional funding for it over the years.

But damning Hudson Yards is a favorite sport in the Big Apple intelligentsia’s progress-hating precincts. Familiar gripes bleed through Kimmelman’s essay, which called The Vessel a “trash basket-shaped tourist attraction.”

In the past, Kimmelman has written that he enjoyed the view from the top of Hudson Yards’ tallest building because the view didn’t include — Hudson Yards. Artnet.com critic Nate Freeman identified The Vessel as “the most visually repugnant public structure to be inflicted on Manhattan in its history.” Curbed.com’s Amy Plitt praised a sex-toy company for making a Vessel-shaped butt plug.

Yards-shaming dribbles down to many politically sensitive New Yorkers, who gang up on it at every gluten-free brunch and natural-wine tasting. They proudly and excitedly share Instagrams of vacations in Tibet and the Seychelles, but balk at taking the terrifying 7 train to Hudson Yards — “it’s so hard to get there.”

The restaurants there are terrible, they insist. By the way, they ask, can I help get them a table at Estiatorio Milos or jump the line at Mercado Little Spain?

And so on until everyone collapses onto throw pillows, exhausted by the effort of sounding like idiots. But telling them they’re mistaken — that just maybe, Hudson Yards will prove as enduring and be one day as beloved as Rockefeller Center — is like talking to the wall.

Source: Read Full Article
Posted by BestNewsMedia at 11:52 AM