The biggest issue for the NBN in 2020 isn't writedowns, it's upgrades 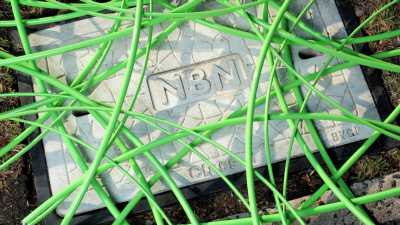 The quality of Australia's telecommunications infrastructure has been in focus in recent weeks, with concerns bushfires have exposed the vulnerability of phone and internet connections to natural disasters.

It's a topic that is likely to remain in the spotlight this year as a pivotal moment for internet quality in Australia – the end of the National Broadband Network rollout – fast approaches. 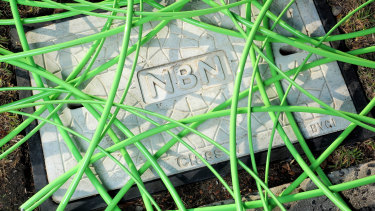 The NBN rollout is scheduled to end in June. Credit:Unsourced

The NBN build is due to finally finish in June.  It will be the culmination of a drawn out process to update the nation's broadband that began in 2007 and has featured design overhauls, missed constrution deadlines and a lot of political bickering.

Those involved might be tempted to celebrate the end of the NBN rollout when it arrives, but they'd be better served putting the champagne on ice.  If anything, scrutiny of the vast project will only ramp up from here as Australians take a closer look at what $50 billion of taxpayer funds has delivered for them.

In recent years the big debates around the future of the NBN Co and its economic impact have focused on the high wholesale prices it charges telcos like Telstra and Optus, and whether a government writedown would be needed in order to cut them.

There has also been a lot of conjecture over whether Telstra will be able to buy or merge its infrastructure assets with the NBN. The government has repeatedly insisted that neither of these situations is likely to occur.

Regardless, both of these topics are likely to be issues for much further down the road. The more pressing concern for the NBN Co's management team over the next 12 months, and for chief executive Stephen Rue, is the plan for upgrades to the network as the country continues to chew through data at increasing rates.

Namely, what upgrades are needed, how much will they cost and when should they be done?

In 2019, Rue spent time trying to re-shape how the NBN Co was seen by the public, steering the discussion away from being a political football and instead towards talking about how the network affects the people that use it.

He spoke regularly about the benefits the network has brought to Australia and how it has boosted jobs, particularly in regional areas. The wholesaler also paid for reports by firms like AlphaBeta to re-frame the debate about the speeds of local internet compared to other countries and to show the positive effects on small and medium businesses from the connectivity.

But one thing that the NBN has not talked much about is how it will operate after the roll out is due to finish in mid-2020. Of course, there will be some operations continuing after this time including repairs, infrastructure builds on greenfields estates and waiting for more people to switch to the network.

Yet the issue of how to keep up to date with the changing way Australians use the internet is going to be especially pressing. Predicting the future requirements of consumers when it comes to technology is a notoriously difficult thing to do. However, its almost certain that our ravenous appetite for data and connectivity will only increase.

It’s no secret that internet users across the world are downloading more data, and Australia is no exception, with fixed line internet connections doing much of the heavy lifting to satiate our growing appetite for videos, images and games. The rise in ultra-high definition 4K video is one small sign of the type of data-guzzling content that is already here.

The NBN multi-technology mix has left avenues for improvement particularly for fibre-to-the-node customers. There are potential upgrade paths for each of the different connection types outlined in the NBN's 2020 Corporate Plan.

There has already been quite a significant amount of testing taking place, for instance trials last year with technology like DOCSIS 3.1 that showed the potential for those connected to the network via pay-TV cables could in future reach speeds of 988Mbps. It's obvious the NBN Co's executives are aware that upgrades will be necessary to keep up with demand.

But the big test for the NBN Co is whether the taxpayer-funded monopoly wholesaler will actually be able to afford the upgrades that some sources in telecommunications believe are necessary to "future-proof" the network.

There is growing competition from high-speed 5G mobile networks and although the fast wireless technology is not a direct rival to the NBN it's likely some households will choose to go mobile-only in the future.

Sources close to the NBN have maintained that upgrades have been planned within the current funding envelope. The latest corporate plan notes the focus is to meet the government’s requirements for the roll out and to ensure "the flexibility to upgrade the network when demand arises and where commercially viable".

But telco executives speculate in private that the wholesaler cannot afford the extensive upgrades they believe are needed under its current budget. This means a further funding injection from the government might be required, whichwould be difficult politically.

Any further spending on the network would result in claims the budget for the project has been blown which could be difficult for voters to stomach. There has already been criticism from telcos that the goal of the project – better internet – could have been delivered more cheaply and efficiently by the private market.

Ross Gittins is on leave.

Email ThisBlogThis!Share to TwitterShare to FacebookShare to Pinterest
Labels: biggest, for, issue, NBN, The