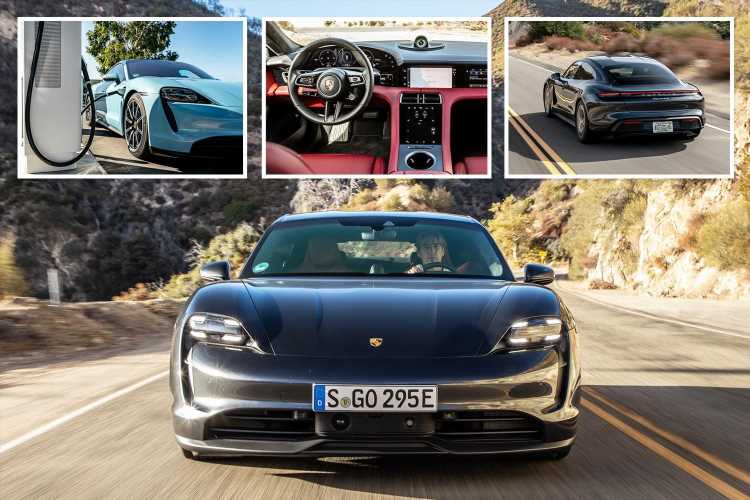 IF you want the best-looking, best-handling electric car in the world, your search stops here.

Because this, my friends, is the Porsche Taycan 4S. 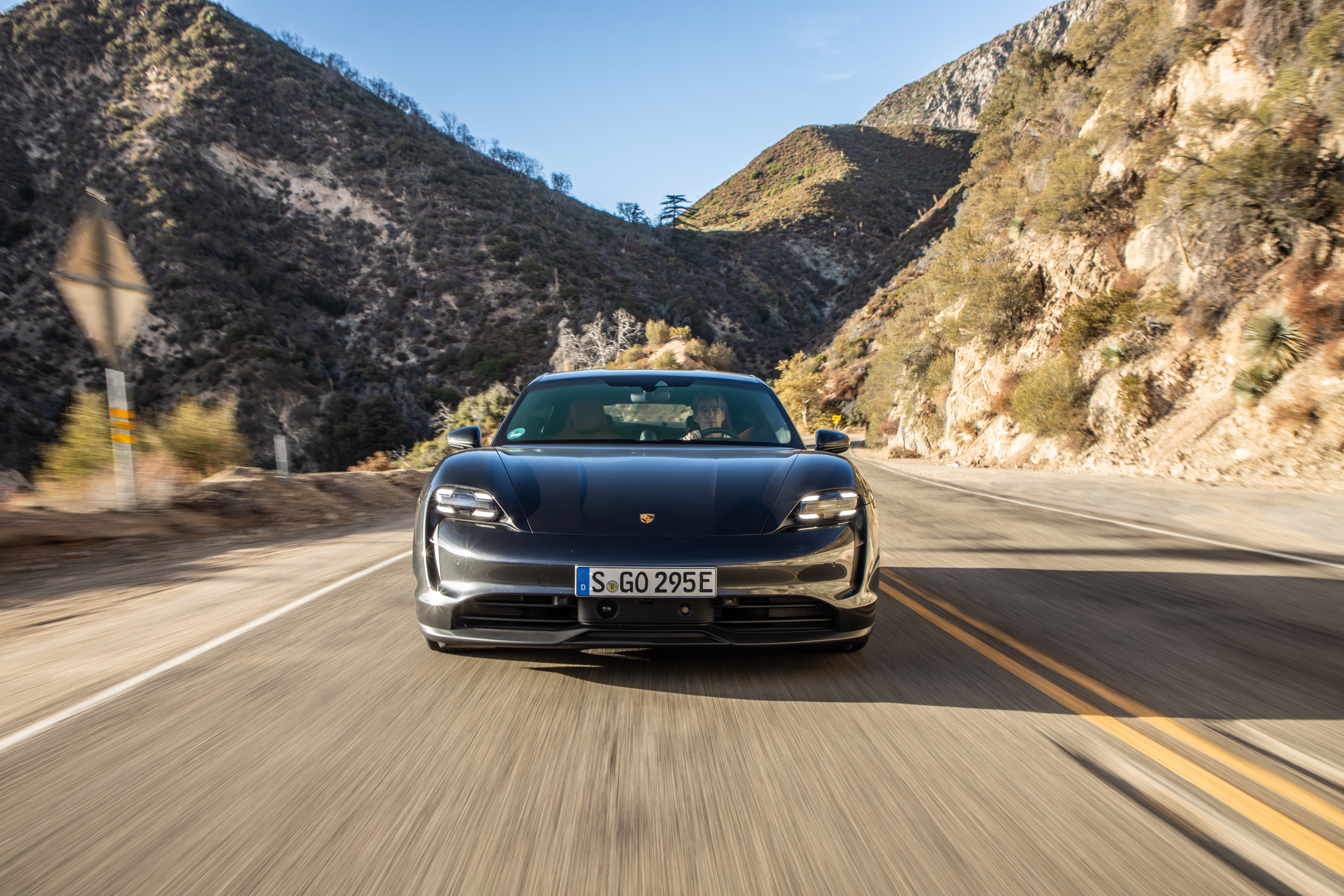 Show me anything better and I’ll buy you a pint.

It’s also a bit of a bargain. 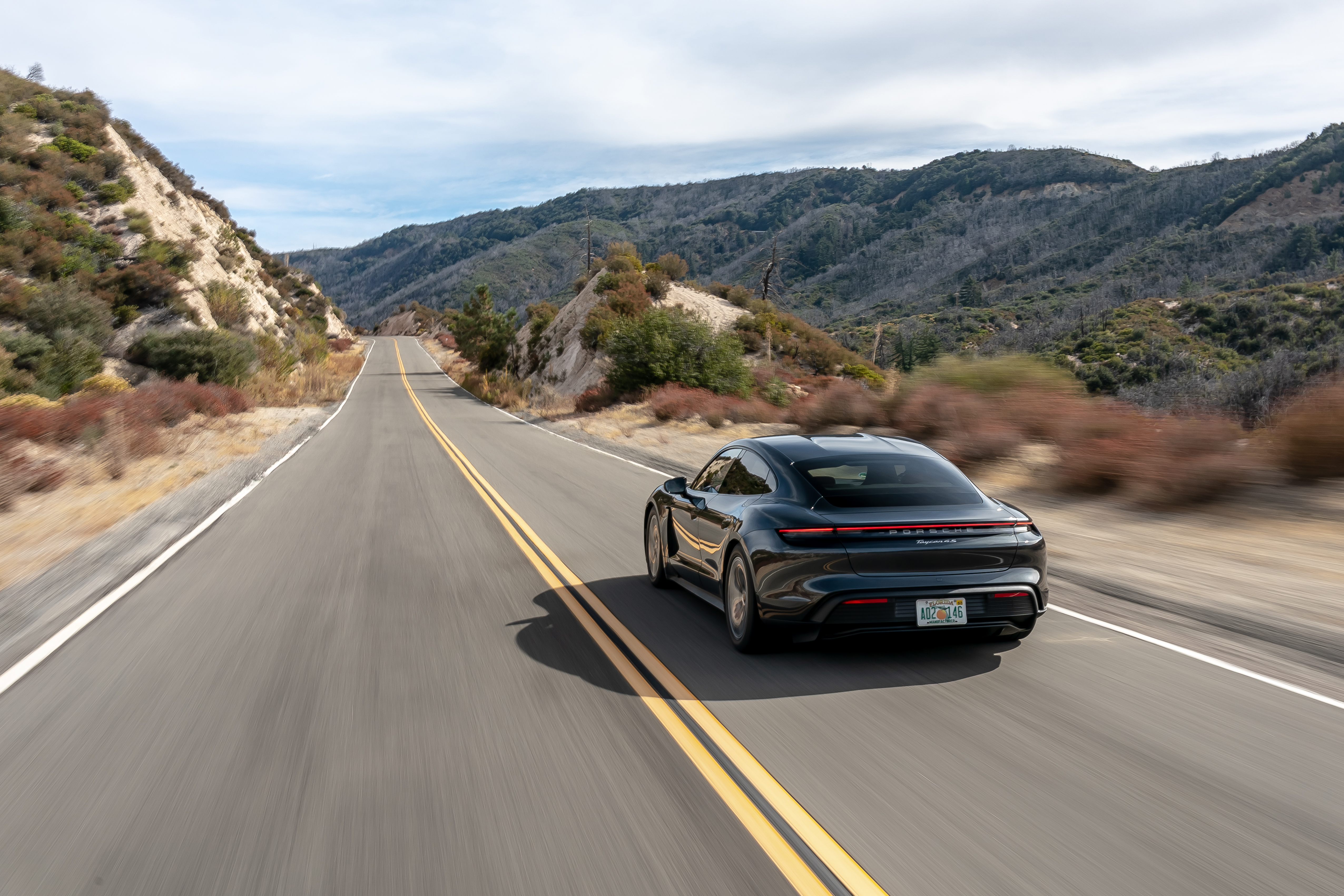 Yes, the Turbo S adds more power you can’t use, more equipment you don’t really need and, of course, the all-important badging on its bum.

That last one will swing it for those with more money than sense.

But the 4S is as fast as you could realistically deploy and feels just like a 911.

It can box off the 0-62mph sprint in four seconds flat — 99mph in 8.5 — and has the scalpel-sharp steering and handling you would expect from Porsche to go round significant corners at considerable speeds. 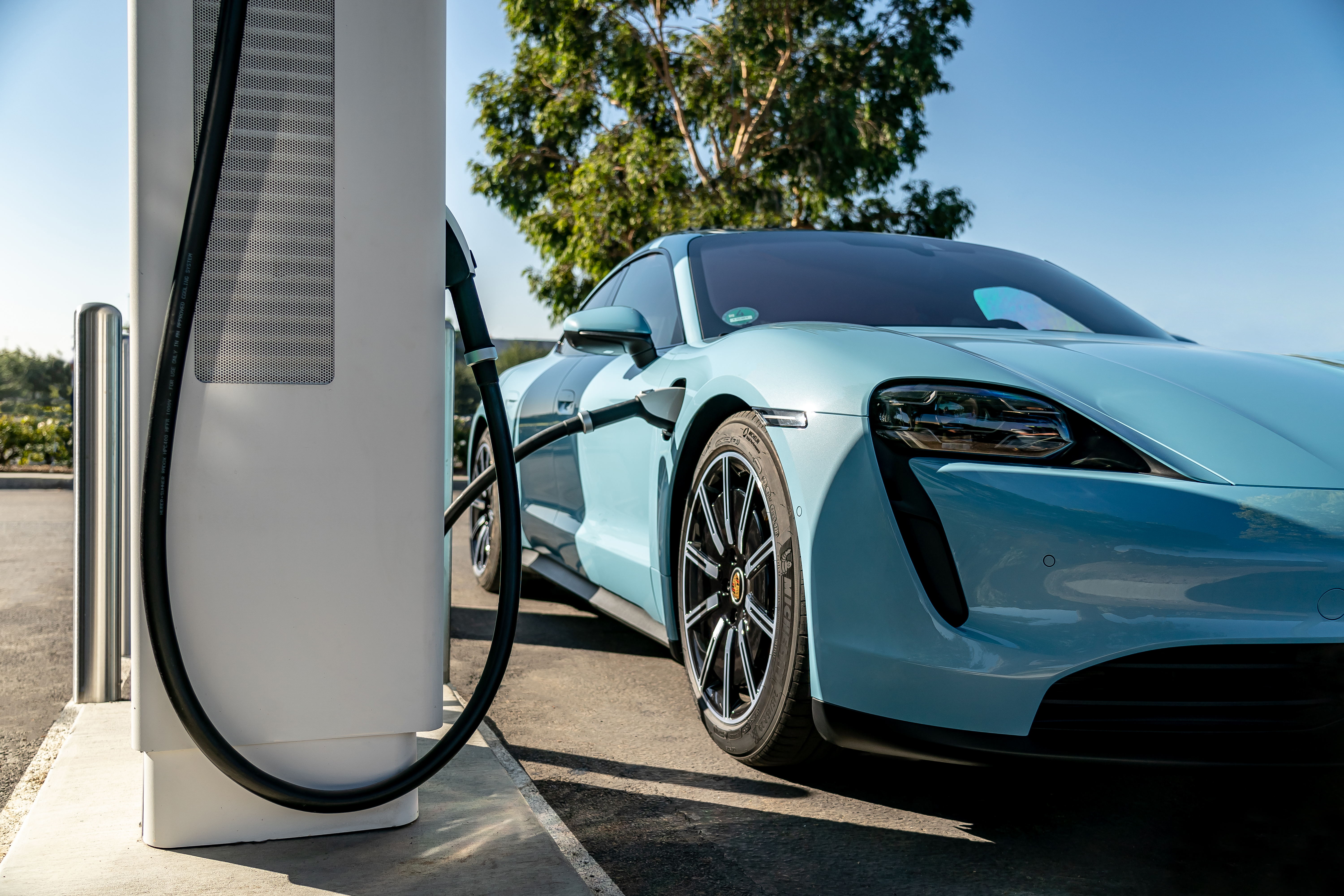 The Taycan 4S feels lighter and smaller than it is, which is quite remarkable when you consider the batteries make it heavier than a Cayenne SUV.

I should also spell out that, like a Turbo S, this base 4S has two electric motors, one front and one back, 4WD and triple-chamber air springs as standard.

But no, you can’t cheat the software to turn it into a Turbo S because it has a smaller rear motor.

The only option I would recommend is the bigger Performance Plus battery at £4,600, increasing the total price to a smidge under £88k. That buys you 93kWh compared to the standard 79kWh, unlocking more range and faster charging. 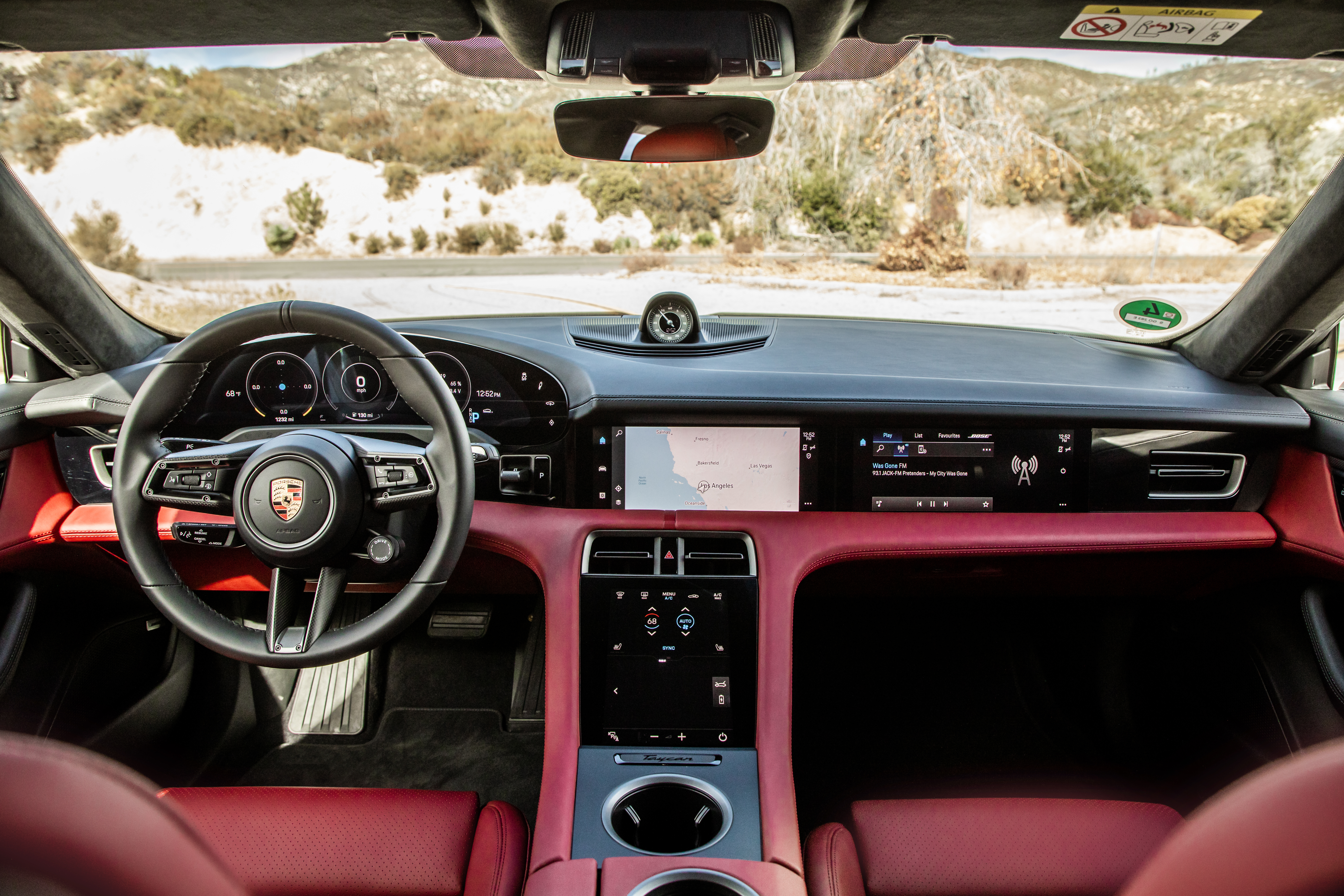 Tesla was first but cream always rises to the top

Now, I can’t go any further without mentioning the “T” word. Yep, Tesla.

The Model S with its “ludicrous mode” is still quickest and Tesla has a serious headstart with its own supercharger network. Elon Musk should also be commended for forcing the likes of Porsche and Audi (with the upcoming e-tron GT) to act.

But the cream always rises to the top. Tesla can’t hold a candle to German engineering.

That said, the Taycan isn’t 100 per cent perfect in my book. It’s almost perfect. 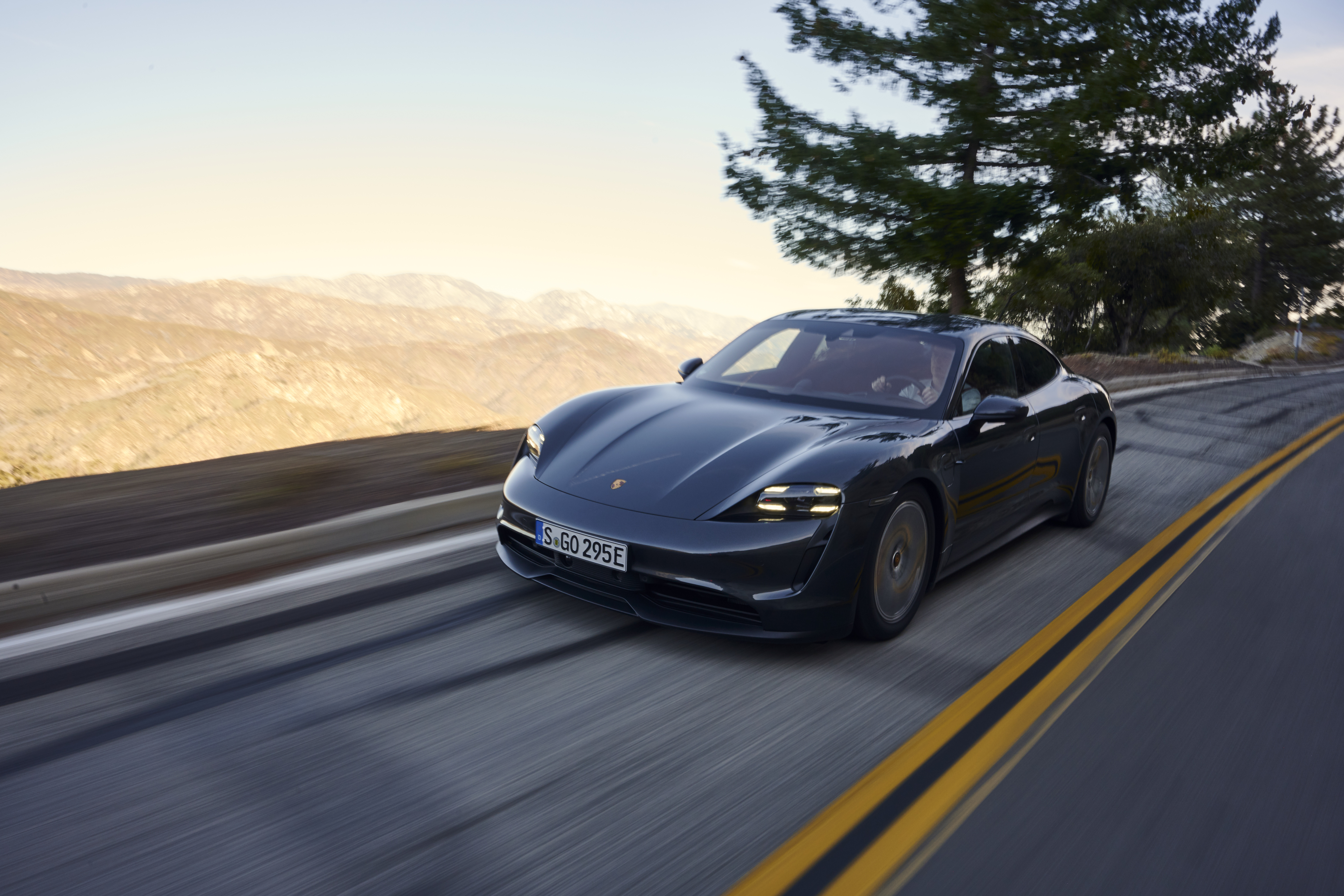 It doesn’t have flappy paddles or a naughty 20-second boost button like, say, a 911 Carrera S. Both of which I’d want.

Porsche will tell you its braking regeneration system is so efficient it doesn’t need flappy paddles.

Excuse me? I want fun and engagement before efficiency and using flappy paddles to increase regen and slow for a corner — like changing down gears — is the new way of driving.

Hyundai has it and so should Porsche. And give us that boost button on the steering wheel, please. Both are easy fixes.

Predictably, the cabin is lush, satisfying and littered with screens for those ahead of their time. You sit low and snug and ready to roll.

You don’t follow Sally satnav in this car, you take the long way home.

Assuming, that is, Britain’s charging networks can get their act together.

Email ThisBlogThis!Share to TwitterShare to FacebookShare to Pinterest
Labels: 4S, b, is, Porsche, Taycan, The