“There is growing evidence from around the world that prime-age adults are struggling, and especially so if they have low levels of education,” Dartmouth College economist David Blanchflower wrote in a study released Monday. “This is particularly apparent in the United States that has seen a rapid rise in deaths of despair, principally down to drug poisonings and suicide.” 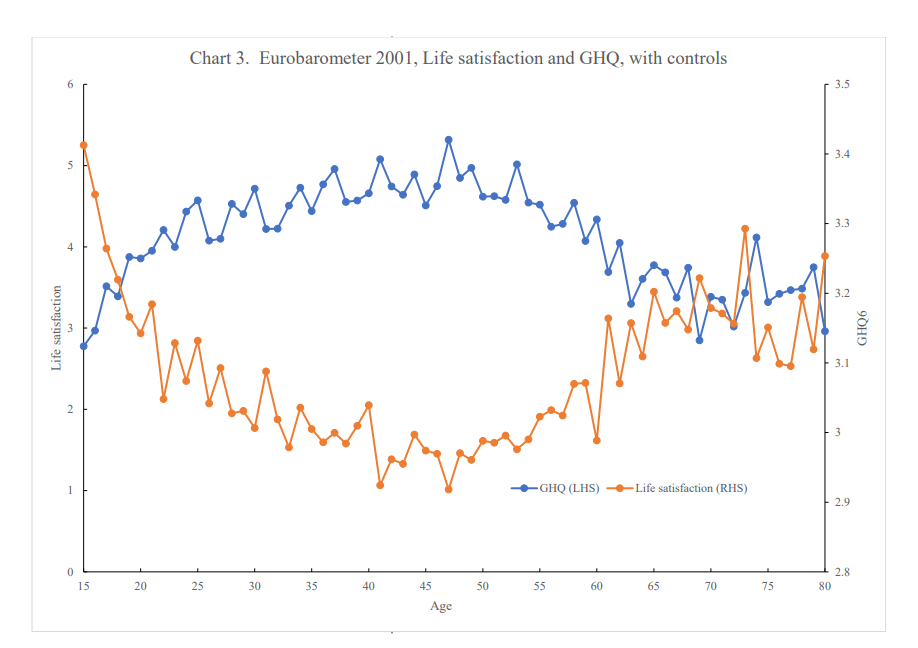 Blanchflower found an inverted happiness curve on 15 measures of unhappiness, including being in despair, anxious, sad, sleepless, lonely, tired, depressed, tense, under strain and more. He offered some theories as to what’s behind this “unhappiness curve”: First, people learn to adapt to their strengths and weaknesses, he said, “and in midlife quell their infeasible aspirations.”

Second, people compare in midlife, but perhaps unlike Instagram-scrolling FB, +1.62% millennials, they don’t despair at their peers’ lives. With the hindsight of time, they get a truer, more contextualized picture of people’s lives. They may think, “I have seen school-friends die and come eventually to value my blessings during my remaining years,” he said.

Third, Blanchflower said studies suggest that optimistic people live longer and show that “while both women and blacks became more optimistic in the ’70s due likely to rights improvements, the only group that began to decline in optimism were less-than-college-educated whites — or less than high school in those days — precisely when the first wave of manufacturing declined happened.” 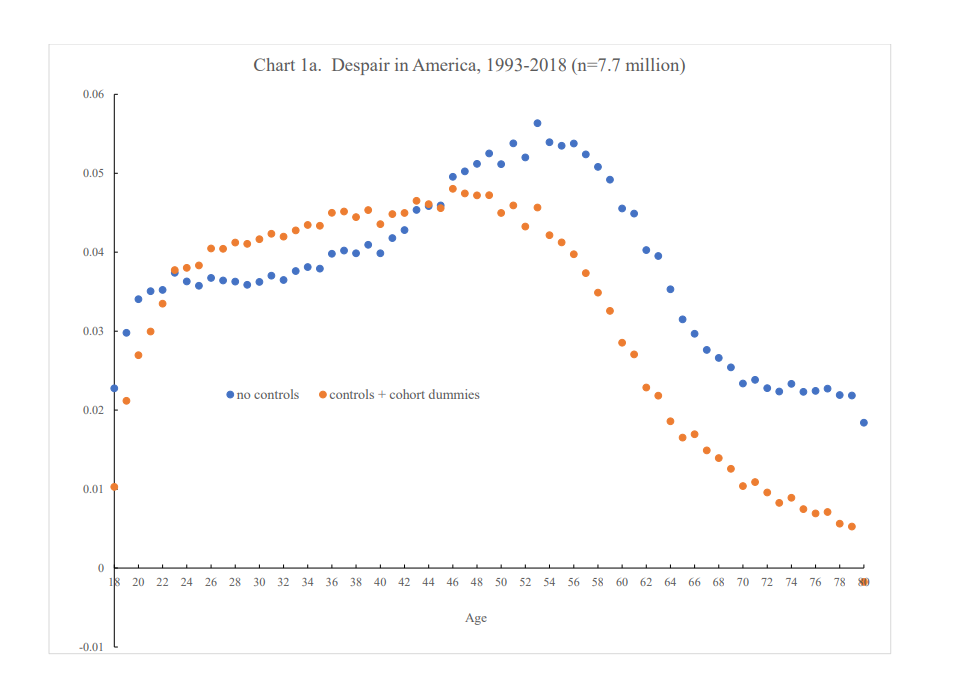 In a separate report released last year, Finland was No. 1 out of 156 countries on the 2019 “World Happiness Report,” followed by Denmark, Norway, Iceland, the Netherlands and Switzerland. The U.S. trailed at No. 19. The top countries ranked highly on all the main factors found to support happiness: caring, freedom, generosity, honesty, health, income and good governance.

“Governments set the institutional and policy framework in which individuals, businesses and governments themselves operate,” the authors wrote. “The links between the government and happiness operate in both directions: What governments do affects happiness and, in turn, the happiness of citizens in most countries determines what kind of governments they support.”

The “World Happiness Report” polled 1,000 residents per country by research organization Gallup. Where necessary, Gallup seeks the permissions of national, regional and local governments. “Happier people are not only more likely to engage in politics and vote, but are also more likely to vote for incumbent parties,” the report concluded.

Source: Read Full Article
Posted by BestNewsMedia at 11:51 AM

Email ThisBlogThis!Share to TwitterShare to FacebookShare to Pinterest
Labels: age, is, p, reach, The, This, you’ll