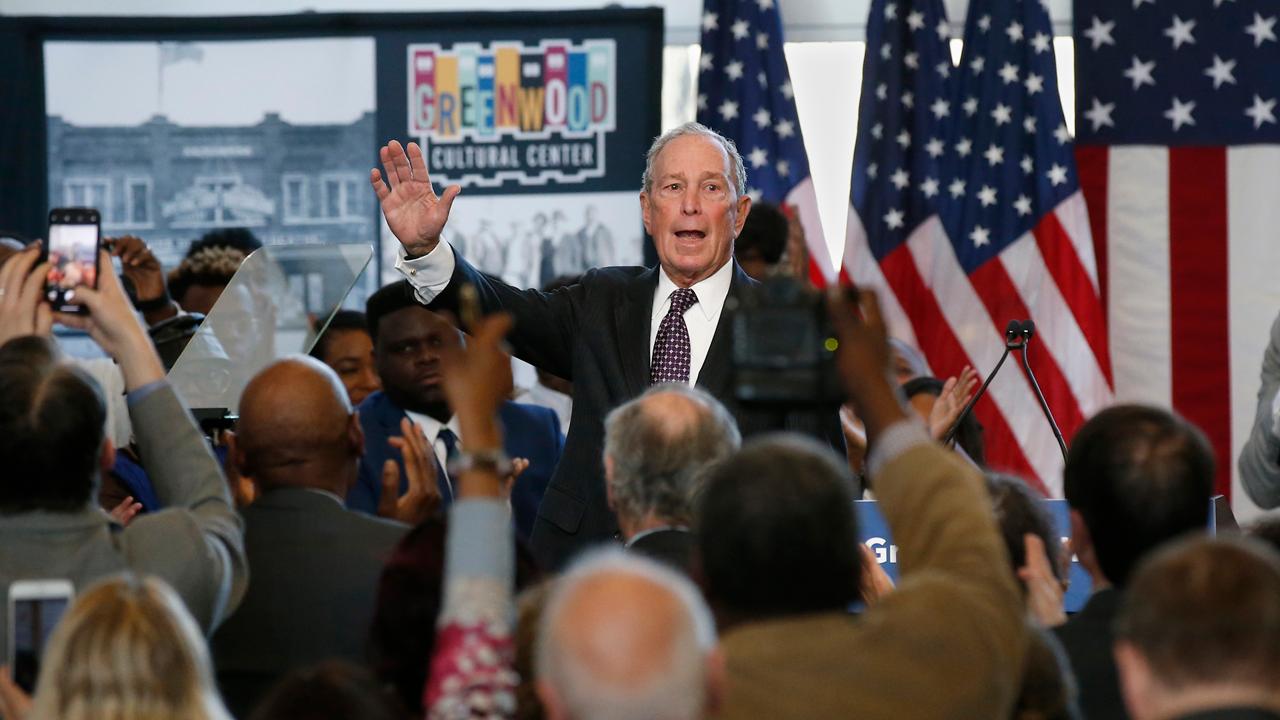 Bloomberg is ‘a man of extraordinary character:’ Doug Schoen

Bloomberg L.P., the financial data and news behemoth owned by Democratic presidential hopeful Mike Bloomberg, will no longer force women who settle sexual harassment cases with the company to sign non-disclosure agreements that prevent them from publicly disclosing any alleged improprieties.

The move announced late Friday in a company-wide memo reviewed by FOX Business, comes as Bloomberg himself faces withering criticism following Wednesday’s Democratic debate in Las Vegas when opponents attacked him for derogatory comments he’s made about women during his long career in business and politics, as well as his company's workplace culture, which has led to numerous sexual harassment cases.

The new policy also comes just days before Tuesday's Democratic debate in Charleston, South Carolina, where these issues will be undoubtedly front and center again.

TOP FINANCIERS WANT BIDEN TO DROP OUT SO BLOOMBERG CAN WIN: 'HE HAS NO CHANCE'

Bloomberg’s debate performance and seemingly inability to answer questions including those about how his company treats women was widely criticized. A recent poll by Morning Consult showed Bloomberg lost 3 percent of his support that had been surging nationally before the debate.

Bloomberg has spent close to $500 million in ads touting his record of accomplishment while a three term mayor of New York City, and as a entrepreneur who has created thousands of jobs and donated heavily to charities. Bloomberg ranks as one of the richest people in the country, worth an estimated $60 billion, per Forbes.

But with what aides concede was a poor debate performance, Bloomberg's candidacy is facing challenges. While he is losing ground nationally, two of the top opponents, Vermont Senator Bernie Sanders and Massachusetts Senator Elizabeth Warren each gained 2 percent more in national support, according to the Morning Consult poll.

Warren, in particular, accused Bloomberg during the debate of sexual misconduct while running Bloomberg L.P. comparing some his comments to that of President Trump, who has also used coarse and misogynistic language when referring to women. But some of Warren's most effective attacks came when she lambasted Bloomberg for allegedly silencing women who have filed sexual harassment claims against his company by forcing them to sign so-called non disclosure agreements (NDAs).

BLOOMBERG'S MONEY COULD WIN 2020 RACE EVEN IF HE DOESN'T

Those attacks hit home, prompting Chairman of the Board of Bloomberg L.P. Peter Grauer, to announce a change in policy regarding confidentiality agreements in a memo released Friday evening, people with knowledge of the matter say.

“Central to our values at Bloomberg L.P. has always been operating with transparency. Given this commitment, Bloomberg L.P. will no longer offer confidentiality agreements to resolve claims of sexual harassment or misconduct going forward,” the memo said.

The memo, released at 8:24 pm and addressed "To the Bloomberg team," added that Bloomberg L.P. “will always aim to be an example in creating opportunity for all our people, supporting their careers and fostering a work environment where inclusion is central.”

Earlier on Friday, Bloomberg announced that three women would be released from their non-disclosure agreements, but it is unclear how many more remain.

In his statement, Bloomberg said, “I’ve done a lot of reflecting on this issue over the past few days.” He added, “I recognize that NDAs, particularly when they are used in thecontext of sexual harassment and sexual assault, promote a culture of silence in the workplace and contribute to a culture of women not feeling safe or supported.”