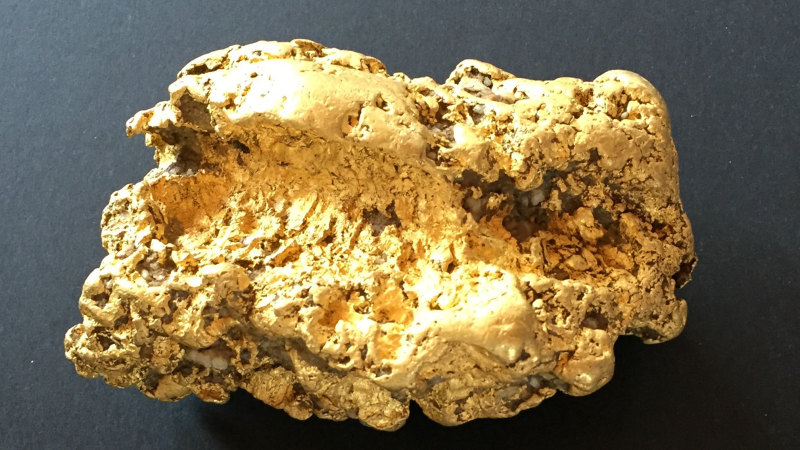 Australia's powerful mining industry is pressuring Victoria to reverse its introduction of a gold royalty, warning the impost will stunt the growth of the fast-growing sector in the state and deter future exploration and mine developments.

The Minerals Council of Australia's renewed push, contained in a submission ahead of the Andrews government's May budget, comes as the Victorian opposition plans to move a disallowance motion against the royalty hike in the Legislative Council on Wednesday that refers to the increase as a "tax grab". 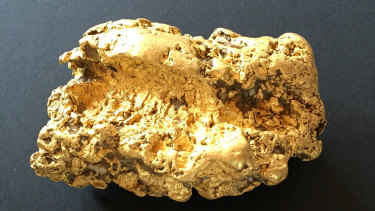 A gold nugget discovered by a prospector on the outskirts of Ballarat last year that is worth about $130,000. Credit:AAP

Victoria last year announced it would introduce a 2.75 per cent royalty on the market value of gold produced, ending its run as the only jurisdiction without one. The government expects to reap $56 million over four years from the royalty.

But the move has prompted a bitter backlash from the mining sector, amid concerns it could imperil a boom in the state's goldfields, where gold production, exploration, expenditure and employment are all rising in what some have termed a modern-day gold rush.

"The development of Victoria's minerals industry should become a priority for Victoria’s economy," the Minerals Council submission said.

"But Victoria's geological prospectivity alone is not enough for the state to convert its minerals endowment into a pipeline of new investment and jobs. Policy settings are crucial to capture new opportunities for jobs, regional development and investment in mining."

A spokesman for the Andrews government said Victorian taxpayers deserved a fair share of the profits made from extracting gold from their land.

"This royalty brings us in line with every other state and all other minerals extracted in Victoria," the spokesman said.

"Profits from the gold royalty will be invested across the state – helping to deliver the infrastructure and services Victorians need."

The industry, however, is urging the royalty be delayed and replaced by a "progressive royalty structure that encourages investment".

Victoria’s mining sector produces gold, antinomy and brown coal, while the state is considered "highly prospective" in other minerals including rare earths which are used in wind turbines and batteries as well as in technologies such as smart phones and laptops, the Minerals Council said.

Employment in the state's mining sector rose 41 per cent in 2018-19 to an average of 16,000 jobs. Including the mining equipment, technology and services sector, about 121,000 Victorian jobs are supported by the industry.

The Victorian government said it would work with the resources industry and local communities to "make sure our gold industry continues to grow, but provides a fair return for Victorians".

Source: Read Full Article
Posted by BestNewsMedia at 5:05 AM

Email ThisBlogThis!Share to TwitterShare to FacebookShare to Pinterest
Labels: against, dig, in, Miners, Victoria